Anton Burger won as 15 year old the first prize of the Laren Jazz Festival with his orchestra Jazzeker. Four years later, he founded his first big band, for which he also composed the music. Anton played with various orchestras, like a.o. the New Orleans Syncopators, Radio Filharmonisch and the circusorchestra of Theatre Carré, Amsterdam. Between 2001 and 2006 he toured with the Glenn Miller Orchestra (directed by Wil Salden) through Europa. Besides, Anton was the musical director and arranger of the musical Larry as well as co-arranger with the musical Joe. In 2003 his big band released the live cd Big Burger Special, with compositions by Anton. Anton Burger is a much sought-after allround drummer. He masters all musical styles, from Walzes to Be-Bop. With his inimitable spectacular playing Anton adds an unequalled impuls to the Dutch Swing College Band. 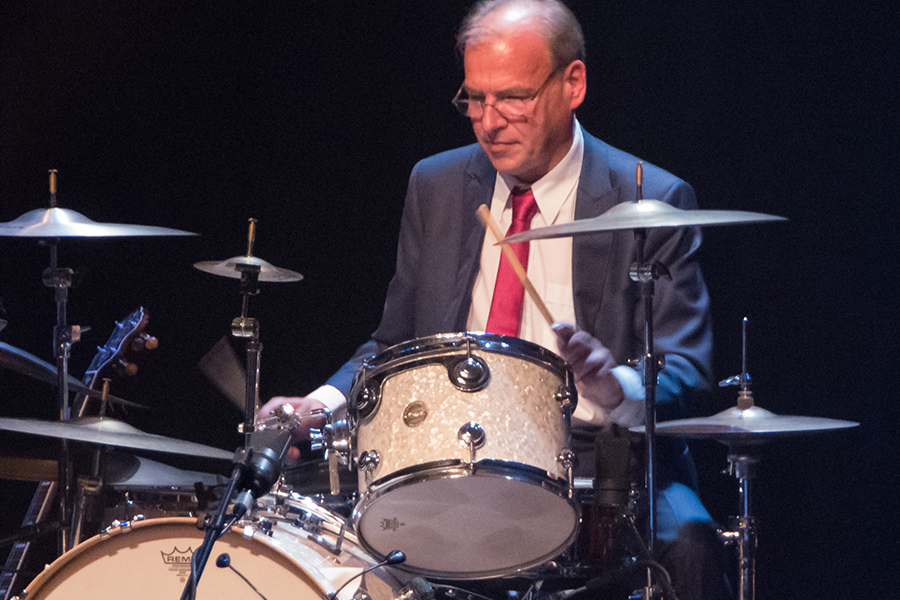